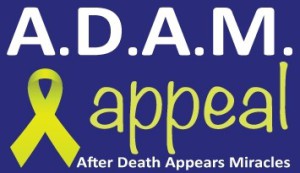 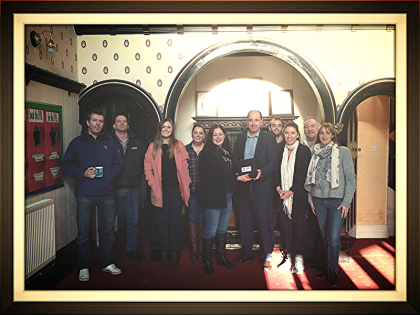 After Death Appears Miracles - the miracle is that the ADAM Appeal will fundraise to get as many defibrillators put into community venues such as schools and sports clubs, initially locally and eventually nationwide.

The ADAM Appeal also wants to raise awareness of the importance of screening.

The ADAM Appeal was set up in memory of Adam Swanwick. On the 2nd September 2012, Adam was on his way to taste food for his wedding breakfast with his Fiance, Louise when he suffered an acute heart attack. Sadly, he died later that afternoon.

Determined to help prevent other families from going through a similar experience, Louise, together with Adam's sister-in-law, decided to start the charity. Since Adam's death they have raised over £35,000 for various charities and are working very hard within their community to get defibrillators put in to as many places as possible.

The ADAM Appeal works closely with North West Ambulance Service to provide free training to those who buy defibrillators through them, giving everyone the opportunity to learn about defibrillators and how they work.

The ADAM Appeal has been chosen as our school charity for the year. Over the coming months we will organise numerous charity events to fundraise for the charity. If anyone has any fundraising ideas please speak to Mrs Smith or Mr Lancaster.

As a school we are also hoping to welcome Louise into school in the near future to raise awareness with students in relation to cardiac screening for young people.

Upcoming events will be posted on the website and also in our Newsletters.

You can find out more information about the ADAM Appeal at www.theadamappeal.co.uk.

The school health team will continue to operate throughout the covid-19 pandemic.